After putting it down to start and finish numerous other projects, I finally finished my Signature (without the) Stripes!  My project page says it took me two months, but it was obviously not two months of actually working on it.  I knit several other things during that time. 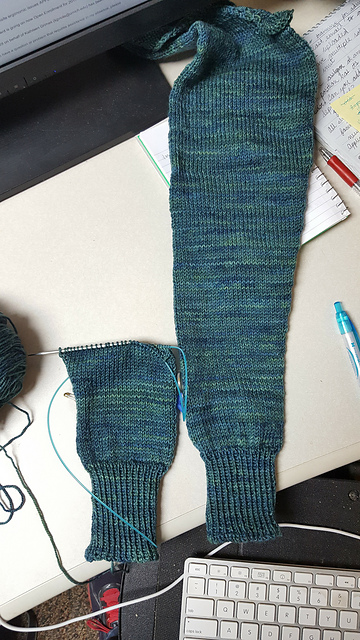 After taking literally weeks to knit the first sleeve (I got very bored and knit a million other things, as seen above), I finally got serious about finishing and banged out the second sleeve in two days.  I alternated skeins for the entire body and one sleeve. I did not alternate for the second sleeve and I can’t even tell which sleeve that was. I’m very impressed with SweetGeorgia based on this project.  This was my first time using their yarn and it was definitely a good experience.  This was also my first time knitting set-in sleeves. The seaming was easier than I expected (I used mattress stitch) and I really like the fit at my shoulders.

In my tradition of late-night FOs, I finished the seaming at about 12:30 Thursday night.  I wove in the ends the next morning and wore the sweater to work!
Overall, I’m really happy with this sweater! I think it has a really classic fit and I’m sure it’ll be a new go-to for me. I’m not usually a v-neck person, but I decided to try something new with this, and I definitely like it. 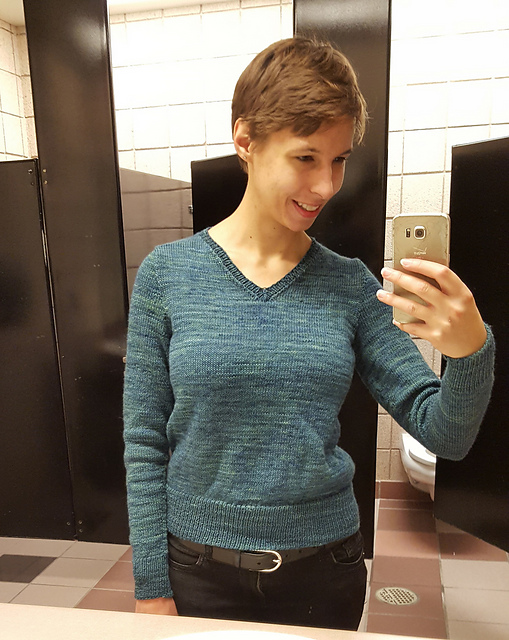