Rachel’s Hat Round-Up: Too Many? 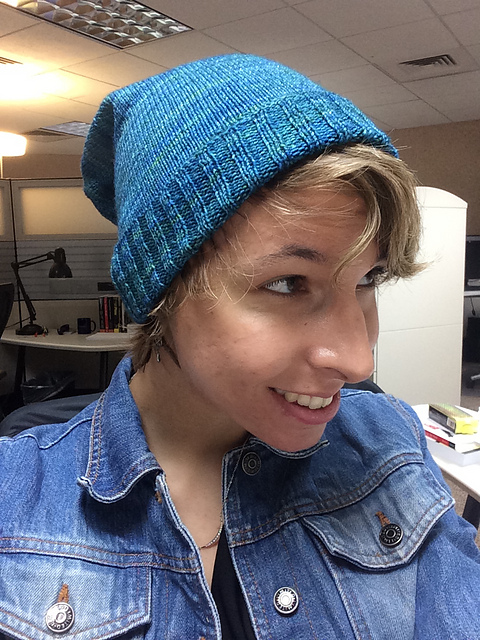 The hat I lost – project page

I lost one of my most-worn hand-knit hats somewhere on the way to work last week.  The people at the bus lost and found are keeping an eye out for me, but I don’t even know if I left it on the bus.  I’m actually less upset than I thought I would be.  My reaction was pretty much: “Oh no! Oh well. I have a lot of other hats.”

Toward the end of the summer of this year, I was introduced to Amanda’s absolute obsession with knitting hats and felt like I had knit very few, not only in comparison, but in general.  I had four hats that actually fit (I crocheted one a few years ago that fits, but we won’t include that, nor the other three-ish I knit or crocheted that were too small).

Since then, I have doubled my hats, which is to say that I have knit four more, but “doubled” sounds more impressive, don’t you think?  The other day, I was looking through my hat pile to find a certain hat and my thought was that wow, I have a lot of hats.

Is eight a lot? I’m not sure. It doesn’t seem like I need any more for a while, though.  I thought it would be fun to do a quick round-up of all the hats I have knit for myself that I actually wear.  Pic-spam, incoming!

My own design, released soon!

And the associated project pages, L to R and top to bottom:

I think I probably have enough hats for a while.